The Results of O levels, A levels and IGCSE Updates on June 2020 Session Students

Home/Blog/The Results of O levels, A levels and IGCSE Updates on June 2020 Session Students
Previous Next

The Results of O levels, A levels and IGCSE Updates on June 2020 Session Students

This has never happened with a level, o level, and IGCSE’s students before in the history of Cambridge like this year and as the June 2020 session. Due to the recent pandemic situations around the world, the whole world was under lockdown situations, and educational institutions were also closed. In such a condition, Cambridge announced to cancel out the exams of session June 2020. Such a decision has never been made before in any previous year to cancel the reviews of students. But as it was the matter of life of students and everyone on the whole earth. Hence, they have to decide so and cancelled out the exams of all O level, A level, and IGCSE students.

Grading of O level, A Level, and IGCSE Courses

The pandemic took too long to end for more than six months. Cambridge waited and waited for it to finish. But as the situations were out of control, so they had to take the decision and then look for some other way for the students of this session as cancellation was going to waste the assembly of all the students. They finally decided to grade the students of O level, A-Level, and IGCSE, of course, June 2020, on behalf of the mutual opinion of the schools, teachers, and the previous records of the students. Cambridge asked all the schools to collaborate with them and give their estimates about every student enrolled in the session. The received the opinions and compiled the results reflecting their previous grades. 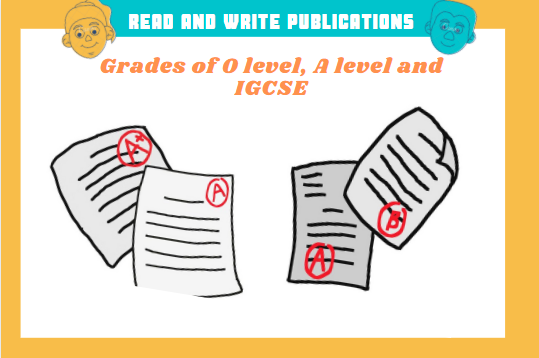 On August 11, 2020, they announced the result of O level, A level, and IGCSE students of almost 4,000 schools in 139 countries. But the result was very unpredictable. Some students received outstanding grades as their previous classes were excellent, but others received abysmal degrees and many of the students. In As & A levels General English, Maths, and Physics performed well. While in IGCSE, Math and Physics performed the best. It was announced to give results with combined teacher’s insights and previous grades, but the revealed result was different. The categories were reflecting the previous ones, and all those hardworking students who couldn’t perform well in past exams due to any reason also got that same bad grades as a dull student got. There was a crowd of students who have spent time and studied, protesting against such results. Also, there was a lot of condemnation by the parents and school teachers and negative feedback from everywhere for the Cambridge Assessment.

To tackle such negative feedback and to let the Cambridge students stand equal in competition to the local education system students, Cambridge has recently announced to reconsider the result based on submitted grades by the teachers. The announcement was, “We have decided that grades we issue for the June 2020 series will not be lower than the predicted grade submitted by the school.”  So, this is good news for all the O level, As & A level, and IGCSE students that their grades are going to change based on their teacher’s insights.

There is no doubt that the teachers worked so hard to collaborate and provide shreds of evidence for the result. The New grades will be announced as soon as possible. Students are advised to stay calm and focus on studies instead of protests. They’ll surely get better grades this time.